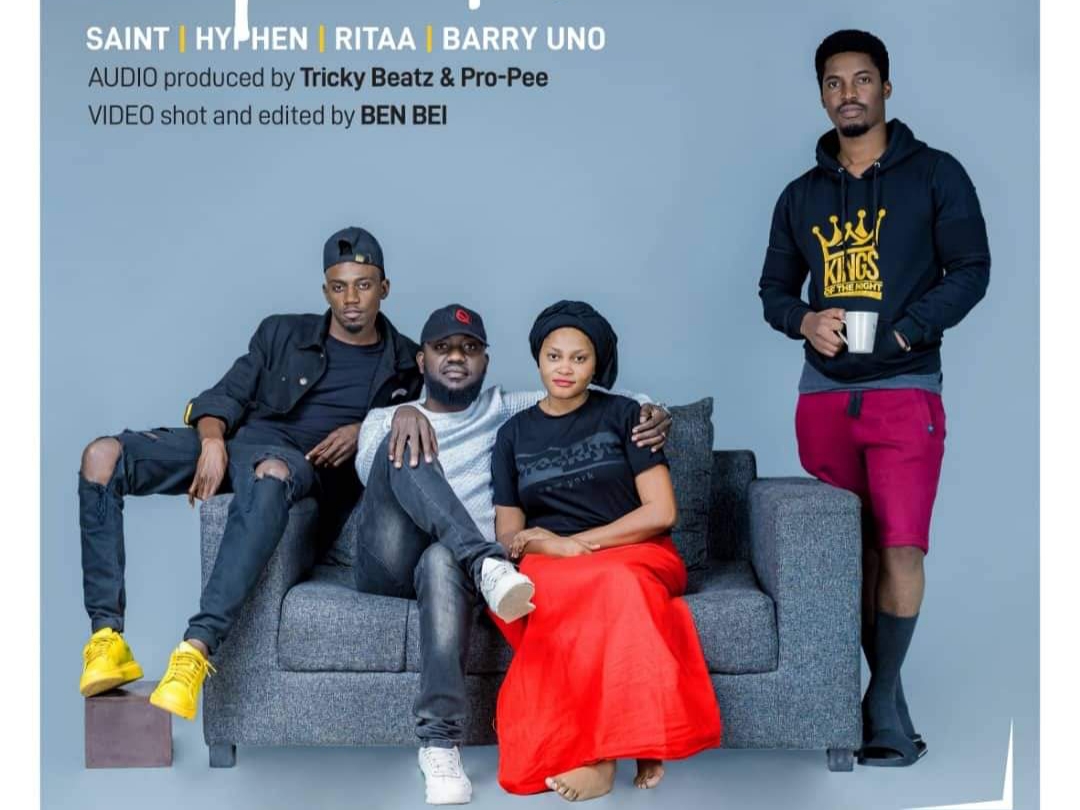 ARTISTS TEAM UP IN THE COVID-19 AWARENESS CAMPAIGN CALLED OSAPHWEKETSA

Musicians Hyphen, Barry One, Saint and Ritaa have teamed up, partaking in a task known as Osaphweketsa in the fight against Covid-19 which continues to claim lots of lives globally.

The project has seen the production of an audio produced by Tricky Beatz and Pro-Pee, with the video shot and edited by Ben Bei.Pro-Pee, who has been in the creative industry for a long time and has worked with a number of artists, said yesterday that they thought of looking into all the angles, hence the introduction of a song as well as its series.

“We have planned to have three seasons but, because of the demand that we are getting, we have decided to extend it. At the moment we will be releasing one episode at a time,” Pro-Pee, real name Percy Manyozo said.

He said the first episode was expected to come out Wednesday.
“We are operating without funding at the moment. We are looking for free television slots because they have to be followed with a television programme in which we have to be explaining and letting the general public know about the dangers of Covid-19. This is a campaign. We believe the general public can believe that there is indeed Covid-19 through this campaign,” Pro-Pee said.

He said using some of the well-known musicians, who are public figures will spread the message further.
“This is why we choose to work with these musicians. We are working on this project because we love the general public and our fans,” Pro-Pee said.

Saint of the ‘Delilah’ fame said they were happy to be involved in a campaign that is for a good cause.
“This is all about awareness for Covid-19. It is a song but, on top of that, we are also acting what is in the song. It is actually different from how we shoot music videos. The acting is what is happening in the song,” he said.

He said, at the moment, they have not found the right platforms to be putting the material. “We are still looking for partnership but, for now, we will utilise the social media, other websites and then try to partner television stations such as Times,” Saint said.